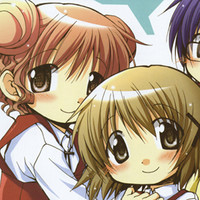 Fans of Hidamari Sketch need never worry that their favorite show has been forgotten. This January marks the tenth anniversary of the anime adaptation's original airing, and it will be celebrated on Japanese television. Tokyo MX has announced that they will be rebroadcasting the fifth season, Hidamari Sketch x Honeycomb, in its entirety at the beginning of 2017. 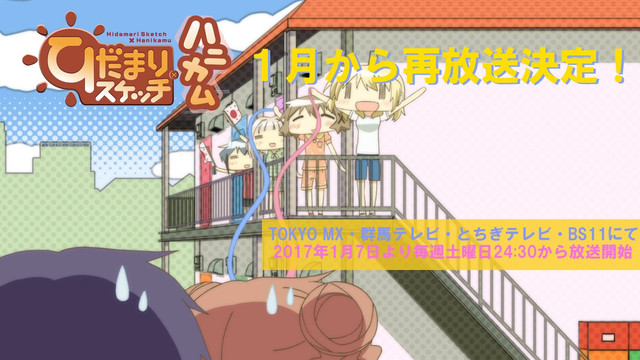 Based on the manga by Ume Aoki, Hidamari Sketch centers on Yuno, a high school girl who gets accepted into her dream art school and moves into Hidamari Apartments with three of her classmates. The manga first began running in Manga Time Kirara Carat in 2004, and was adapted into an anime three years later. The anime ran for five seasons, with Hidamari Sketch x Honeycomb being the final season in 2012.

The series also received a light novel adaptation, as well as multi-episode specials for each season and a final graduation arc in 2013.

The rebroadcast of Hidamari Sketch x Honeycomb begins on January 7, 2017.