Second part of latest OVA to be released on February 22. 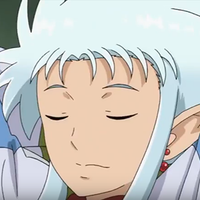 It's a little dizzying to think about the fact that Tenchi Muyo! Ryo-Ohki has technically been running for going on 25 years. With the occasional decade between releases, it gets hard to keep track. But Tenchi Muyo! Ryo-Ohki 4 is right on schedule, with Part 1 released next month and Part 2 due to go out at the end of February 2017.

To get you ready, Ryoko (played by the evergreen Ai Orikasa) is here to narrate the Part 2 trailer.

BD extras for the release will include a special slipcase, a Digipak illustrated by character designer Takeshi Oda, a drama CD, an 8-page behind-the-scenes booklet, and a bonus disc including talk show interviews and creditless OP/ED.