Leading into the spring TV anime, the series will be launching in April 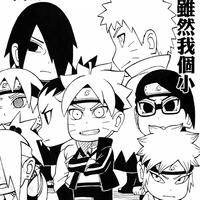 The new generation of Naruto is keeping Kenji Taira busy. The artist on Rock Lee's Springtime of Youth and The Uchiha Sasuke Sharingan Chronicles, as well as a tie-in to the Boruto - Naruto the Movie now has a Boruto spin-off coming to the bimonthly, younger-audience Saikyou Jump.

Leading into the spring TV anime, the series will be launching in April.

Spinoff for BORUTO start in April of the Saikyou Jump Magazine pic.twitter.com/Ceoj6UWoAj