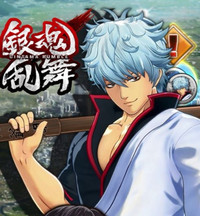 In what is without a doubt the most comprehensive preview of Gintama Rumble thus far, Bandai Namco shared a nearly 13-minute trailer for the upcoming action game. Thankfully, since this one is also coming out for PS4 in Southeast Asia, we've got a version with English subtitles.

Gintama Rumble hits PS4 and PS Vita in Japan on January 18, 2018, and the PS4 version launches in Southeast Asian territories on the same day.