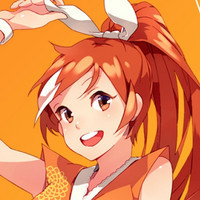 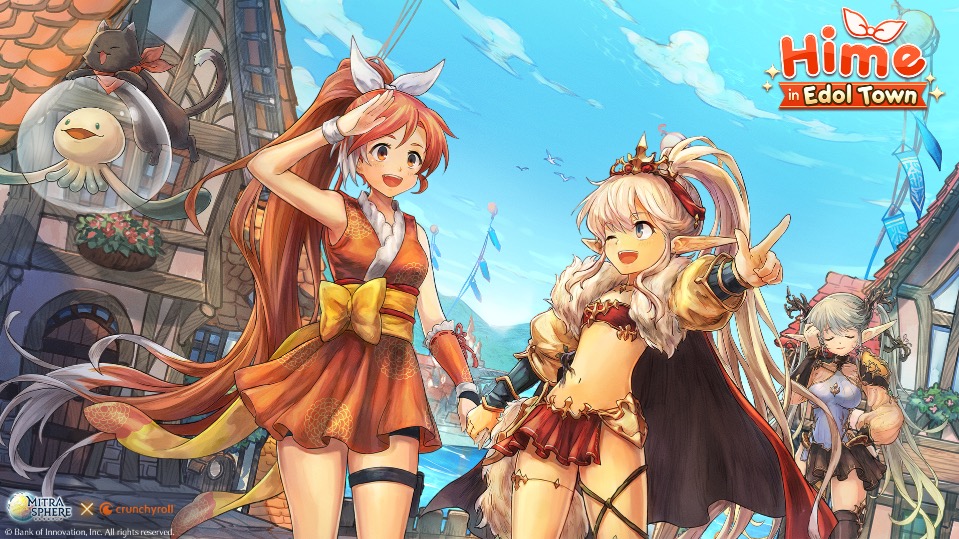 Following up on the recent announcement, we have all the details for the upcoming collaboration that has Crunchyroll-Hime getting isekai'd into the world of mobile RPG Mitrasphere! Part 1 kicks off on October 18 (hey, that's today!) and runs until November 15, so read on for more on what you can expect from the event.

First up, a trailer: 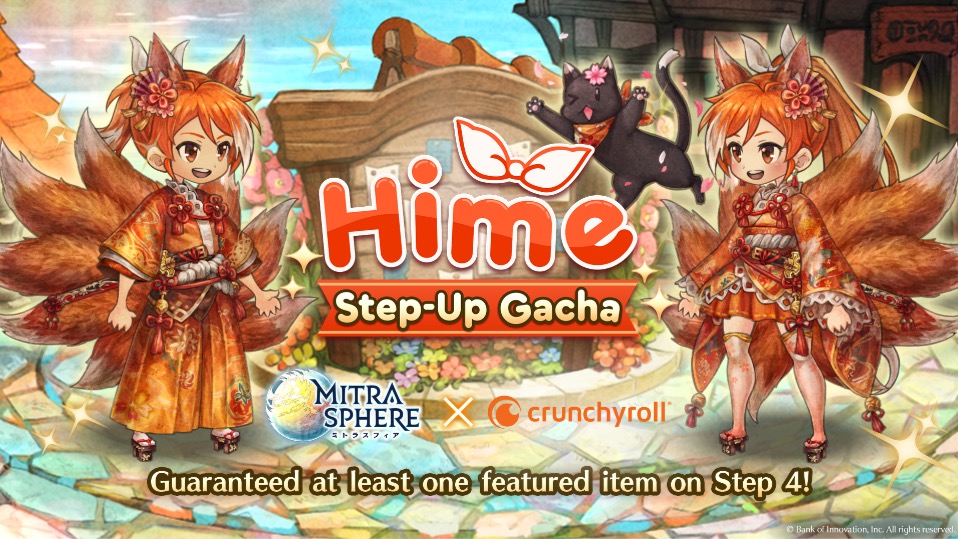 Grab Hime’s Kimono and Yuzu as a new powerful Magic Device in Mitrasphere’s first ever step-up gacha! You’re guaranteed at least one of the featured items on Step 4! 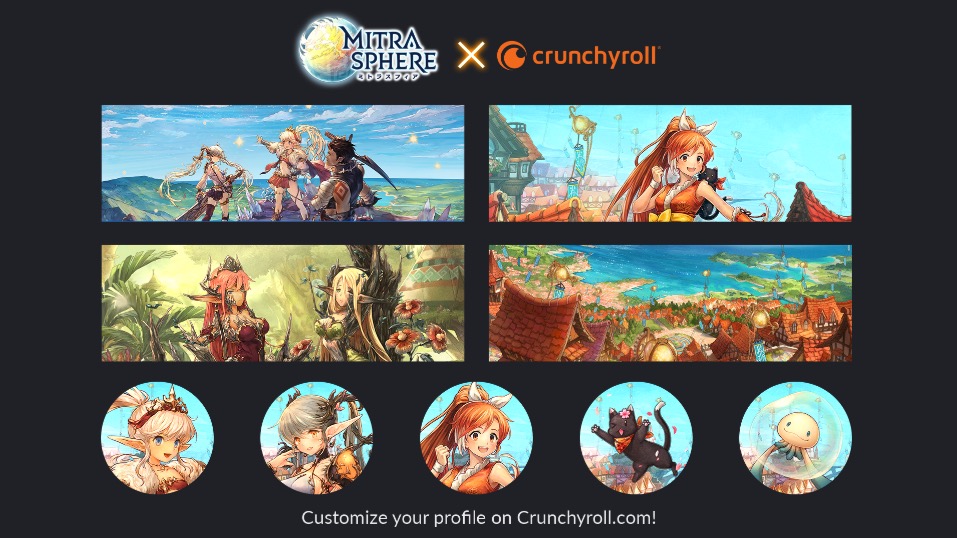 Customize your profile today with your favorite Mitrasphere x Hime avatars and headers! The updated website experience is available to registered users under the Preferences setting.

Crunchyroll-Hime will be making an appearance in game! If she joins your battle, you have a chance of earning a special gift (which will be distributed the following week). Keep an eye out for Hime during the dates listed below:

By clearing the story event, you’ll be able to acquire the following items: 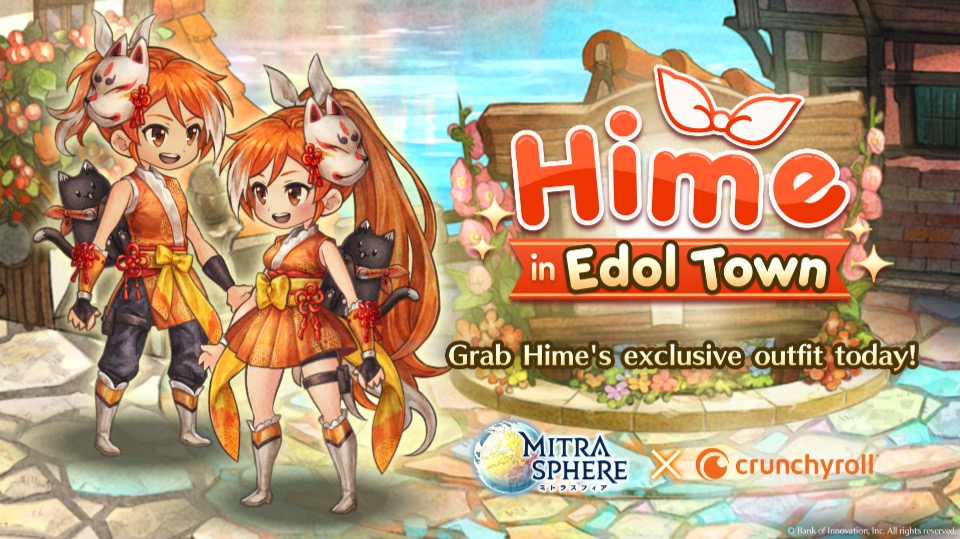 The Special Exchange Shop will house the following weapons:

See you all (and Hime) in Mitrasphere!