The prequel film is streaming now on Crunchyroll 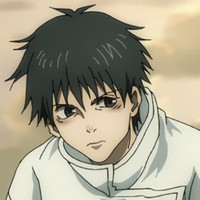 It's been nearly a year since JUJUTSU KAISEN 0 opened in theaters in Japan, introducing fans to Yuka and Rika and what may be coming in the future of the franchise. Though the film is streaming right now on Crunchyroll around the world, Toho announced today that JUJUTSU KAISEN 0 will be headed to Amazon Prime Video inside Japan on December 24 and with the news gave an official worldwide box office update for the film.

Outside of Japan, JUJUTSU KAISEN 0 was released in 89 countries and regions, grossing 12.7 billion yen on the back of 10.67 million tickets sold. Including the Japanese box office gross of 13.8 billion yen (US$121.15 million) which brings the film to a worldwide gross of 26.5 billion yen (US$196.17 million).

Crunchyroll streamed the first season of the JUJUTSU KAISEN TV anime as it aired in Japan, later releasing an English dub for the series as well. Crunchyroll released the prequel anime film JUJUTSU KAISEN 0 in North American theaters on March 18, with the United Kingdom, Ireland, Australia, New Zealand and select European countries getting screenings through March and April. Crunchyroll is now streaming JUJUTSU KAISEN 0 on its platform.

The second season of JUJUTSU KAISEN will be premiering on Japanese TV in 2023 with MAPPA confirming that they will be returning as the anime studio in charge, though no premiere date has been confirmed as of yet.